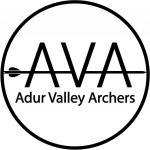 Adur Valley Archers has its genesis in Horsham as Sunallon Archers, probably in 1966, though that may yet prove to be a year earlier still. On the field where the construction of the Sunallon Sports Club was to be completed in 1968, we were formed to participate in target archery, and we reflected the name of the insurance company who owned the site. We went on to celebrate our 50th anniversary, along with football, at that same location in 2016.

Over time we evolved into Sun Alliance Archers, again reflecting the name of the new owners, and on the sale of the ground later on, morphed again to become Holbrook Archers.

In 2018 it was clear that the commercialisation of the sports club would severely reduce our ability to shoot both outdoors and indoors. In light of this, we decided to move to a new location.

On doing so, we evolved once more, this time into Adur Valley Archers. Happily, this was onto a six-acre field near Dial Post in West Sussex, which is owned by two long standing committee members.

Pete Probert (recurve) has represented the county in both target and field disciplines, becoming Sussex Field Champion in the process. He was also the Lead Coach to the GB&NI Team for the British Transplant Games, and then for the World Transplant Games in 2019. The GB&NI Team earned a combined total of ten gold, four silver, and five bronze medals from the individual and team competitions.

The Club has seen numerous of its archers shoot for Sussex, and some have gone on to earn higher representation, whether in shooting or coaching. Our Roll of Honour includes members and alumni such as Michael Ruby (British Horseback Archery 2017 champion in the Korean 1-2-3 discipline), and his sister Jill (recurve, target) who has represented Jersey in the Channel Islands.

Steve Lancaster represented Sussex with both recurve and barebow (target), before going on to become the UK Barebow Champion in 2017. As Steve had only begun shooting barebow a year earlier, this was a stunning achievement.

Graham and Christine Stevens, Nik Saunders and Therese Walsh, Trevor von Puttkammer, plus Mark Williams, Pat Atfield and Sally Du Feu (all target, recurve) earned their Sussex colours regularly in the first and/or second decade of the 2000s. Dawn Rowlands, too, was called up to shoot her longbow for a number of years. In addition, our current Chair, Rod Woodhatch (recurve, target and field) was Sussex Field Champion in 1976, and he coached the Sussex Junior Team circa 2003-05.